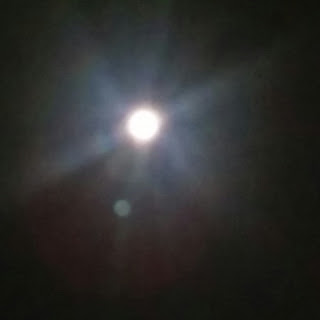 November's full moon that happened for past three days (including Thanksgiving) has always been a signal of the changes to come. As the last full moon before the Winter Solstice, it's seen as the final bit of light before the darkness of winter. It's also known as the "Mourning Moon."

Many modern-day superstitions surround the moon in general. The full version has long been upheld in Paganism as a time, every month, to reflect. People who follow Pagan traditions spend the autumn preparing for the colder months. The final step in this process is the letting go of old things — what we must leave behind before we reach the new year. Hence, the "mourning."

Cleansing rituals are conducted in observance of the Mourning Moon. Discarded things can be anything from the most frivolous—like nail biting or chewing on pencils and pens—to deeply profound (the grief over a lost loved one). What the point is, to think of these things one last time before moving on from them. Make a list and drown it in a jar of water (the element is associated with this full moon). Or you can perform a modern version by adding your list to a note on your phone, and then delete it. 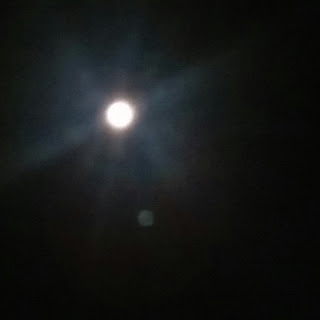 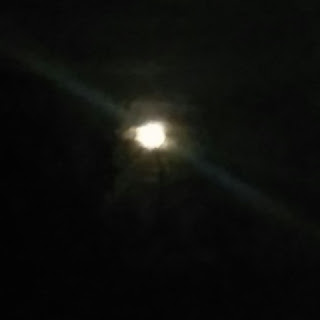 Posted by Pamela K. Kinney at 6:59 PM No comments: 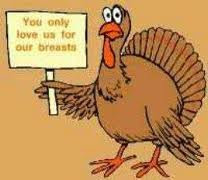 Since I have been busy, writing my NaNoWritMo novel and my husband took the day if today s we could go see "Mockingjay, Part 2" and do some grocery shopping for Thanksgiving, I am sharing this no supernatural peom writte by me for Thanksgiving. Enjoy.


I'm thankful for many things,
Like friends and family,
While pets and books also top that list.
How about simple things?
Butterflies on a spring day,
A lit Jack-O-lantern on Halloween night
Crying over a beautiful love story,
Or laughing over a silly joke.
But most of all, I can say
I'm thankful for life and what it brings each day.

Posted by Pamela K. Kinney at 4:38 PM No comments:

Supernatural Friday: Hear That Thunder? Not a Storm, Its a Thunderbird! 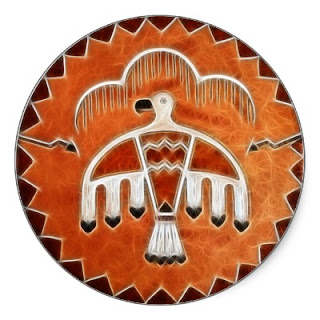 If you ever read Indian myths, then you heard of the Thunderbird. It is described as a large bird, capable of creating storms and thundering while it flies. Clouds are pulled together by its wing beats, the sound of thunder is made by its wings clapping, lightning flashes from its eyes when it blinks, and individual lightning bolts are made by the glowing snakes that it carries around with it. In masks, it is depicted as many-colored, with two curling horns, and, often, teeth within its beak. The Lakota name for the Thunderbird is Wakį́yą, a word formed from kįyą́, meaning “winged,” and wakhą́,“sacred.” The Kwakwaka’wakw has many names for the Thunderbird and the Nuu-chah-nulth gave it the name of Kw-Uhnx-Wa. The Ojibwa word for a thunderbird that is closely associated with thunder is animikii, while large thunderous birds are known asbinesi.

Although associated most of the time with the Plains Indians, the Thunderbird was also known to the Algonquin-speaking peoples.  However, like most Native American cultures on East Coast (except maybe Iroquois), little is now known of their beliefs.
In regards to the Thunderbird, this much is known: This fearsome being that resembles a winged man or an immense bird causes fear and dread. The myths tell that it is known to actually kill and eat humans from time to time. 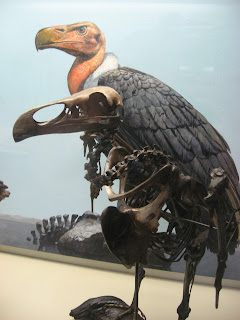 There once existed a gigantic bird in North America. Called the Teratornis Merriami, it stood five feet tall and had a wingspan of twenty-four feet and had the long narrow beak of the predator bird, too. Bones of this bird and humans have been found in the same areas together. Maybe the ancestors of the Native Americans today killed these giant birds for their feathers or myths of the Thunderbird arose due to the birds kidnapping their children and stock.
Posted by Pamela K. Kinney at 5:46 AM No comments:

I will be at "Read Local" at the Chesapeake Central Library tomorrow, November 14th, from Noon to 4:00 p.m. I will be there for readers, selling and signings copies of my books (including a copy of The Witch and The Familiar and two copies of Shivers and Lace anthology I have a story included (Shivers and Lace premiering for the first time)--both by me under the pseudonym for paranormal romance and erotic horror, Sapphire Phelan). I will be there for  budding authors, talking about my process and how I gotten published by published, and encouraging.  I will also have some Paranormal World Seekers DVDs with me that I will be selling.

I have will have a giveaway concerning Shivers and Lace, plus Nightmares and Echoes 2 I have a new story included, Author Susan Schwartz will be selling these at her table, so bring a copy of N&E to me to sign my story and to enter the giveaway. If you win, you must be able to pick up the giveaway before I leave at 4 p.m. or at front desk of the library forbore they close at 5 p .m 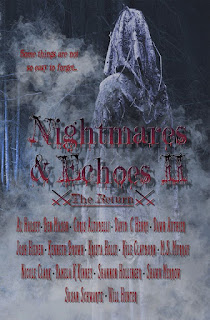 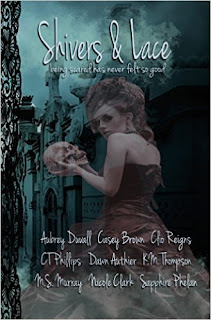 Posted by Pamela K. Kinney at 5:40 AM No comments:

Colonial Heights, VA 23834  In shopping center across from

Southpark Mall.  Their phone number is 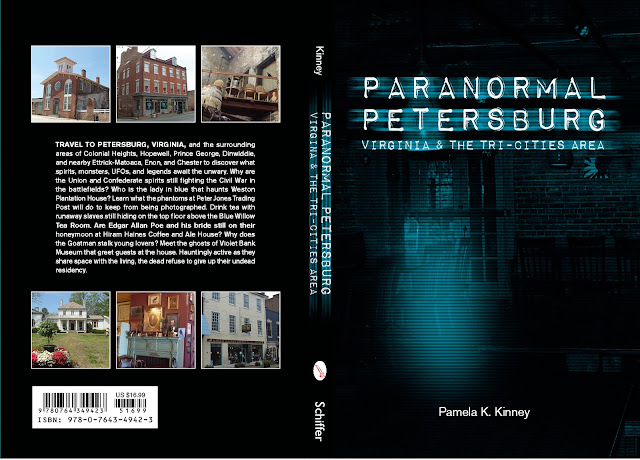 Posted by Pamela K. Kinney at 3:29 PM No comments: 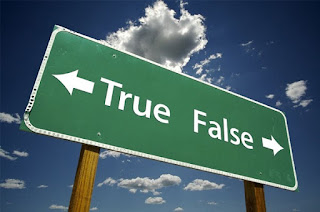 Everyone participates in the reading of legends, myths, or folklore at some point in their lives. Who hasn’t read Greek mythology in school, or the folklore of Paul Bunyan, or tall tales of famous, real people like Calamity Jane or Johnny Appleseed? And what about urban legends? Urban legends are myths told in modern society, in cities or online, unlike many of the old tales set in the countryside. Even now, these get passed around in emails or are posted on the Internet—stories about the serial killer with the knife hanging around Lover’s Lane, Bloody Mary, the terrible smell under the bed in a hotel room or even the computer virus story that may have been true three years ago, but is still sent out as a warning.


A legend (Latin, legenda, "things to be read") is a narrative of human actions told about someone that existed in reality, once upon a time, but the true events have been twisted, making them more fascinating. Legend includes no happenings that are outside the realm of "possibility,” defined by a highly flexible set of parameters. These may include miracles that are perceived as actually having happened. There is the specific tradition of indoctrination where the legend arose, and in which the tale may be transformed over time, in order to keep it fresh, vital, and realistic. It is kinda like that game you played with your classmates in school, where you whisper to the next person a story, and by the time it comes full circle, that story has changed drastically from what it began as.

A myth is a sacred or traditional story that concerns the origins of the world or how the world and the creatures in it came to be in their present form. Myths serves to unfold a part of the world view of a people, or explain a practice, belief, or natural phenomenon. Parables and allegories are myths. Nothing is supposed to be real about it at all, even if someone mentioned in the story is a real person, like some famous Virginians in this book. There are stories told about their habits or life that are not true.

Folklore is the traditional beliefs, myths, tales, and practices of a people, transmitted orally. It is popular, but unfounded beliefs. Or, as Merriam-Webster says: “traditional customs, tales, sayings, dances, or art forms preserved among a people.


The flavor of people and their culture, all interwove with day to day life when settlers came to the New World. They brought with them their folk tales and beliefs, and founded new ones in the new country. Some old stories mutated into different ones. There were older tales told by the Native Americans who were already living in Virginia before the white man came. Then, when slaves were brought to the New World, they brought with them tales from Africa and changed them, molding them to fit their new home.

Today, in modern times, we continue this with urban legends. Who hasn’t heard of the killer with the hook in lover’s lane? Or who hasn’t said, “Bloody Mary” while staring into the mirror, hoping to make a ghost appear? There’s the hitchhiking woman dressed in an evening gown that is picked up and climbs into the back seat, giving directions to an address to the driver. Once they arrive at the house, though, the driver discovers that she has mysteriously disappeared. When he goes to the door, he is told that his hitchhiker is the daughter of the owner of the house, who had been killed just after she left a party several years before, never making it home. But stories like the hitchhiking ghost existed long before they ended up as urban legends. I know I’ve read stories when it was a buggy or wagon being driven, not a car. So how many urban legends started as folk tales by those who colonized America?

Many of the legends and folk tales told by our ancestors have some kind of moral attached to them. These may be warnings. Watch your womenfolk and children, so that marauding Indians could not kidnap them. Don’t dare approach some old woman living in the woods for a much needed potion to rid one of an unwanted pregnancy, for she may conjure a spell and convince you to crawl into her oven to be cooked.

All of the above are the start of human storytelling, most likely around the campfire at night and told by the village shaman or official storyteller. What stories do you remember and still like to tell?
Posted by Pamela K. Kinney at 6:00 AM No comments: