The New Year is more than saying goodbye to the old year and hello to the new one. There are superstitions attached to this time of the year.

But let’s talk about normal legends and myths. Open all doors at midnight, to let the old year escape without being stopped. Celebrate at midnight with as much noise as possible, for it’s not just for celebration, but to chase bad spirits away. Widespread superstition has it said that the Devil and other evil spirits hate the din and will run away. Church bells on a wedding day are rung originally for the same reason. 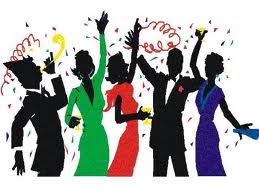 A kiss at midnight with those close to us and whom we hold in affection starts the New Year off right by making sure that ties and affections stay the next year. If no kiss is exchanged, it will mean a year of coldness.

Bills must be paid off before midnight chimes to make sure the household does not start off in debt. Same goes for personal debt, as they must be settled before January 1 also. 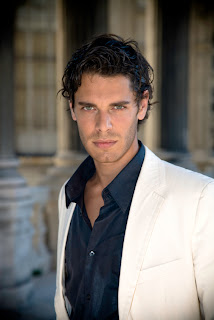 It is said that the first person to enter your home after the New Year is the one who will influence how your year will go. It is best if the man comes bearing gifts in either silver coin, a lump of coal, a sprig of evergreen, some salt or a bit of bread. And he should be dark-hair, tall and good-looking to make it a good year. But if he’s a red-haired or a blond, well, he will bring nothing but a year of bad luck. As for a female first guest, she should be chased away before disaster hits the household. Hold the women off until a man crosses your threshold. The first footer should knock and be let in, but never use a key to enter, even if he lives there. Then after he drops off his gifts and greets those within the walls, he should then exit by another door than the one he entered by.

Larders must be stocked and money in everyone’s wallet to guarantee prosperity.

Another thing about first-footers, they can not have flat feet, be cross-eyed, or have eyebrows that meet in the middle (can this last one be a werewolf thing too, since a werewolf can be identified by having brows like this?).

Another thing in regarding to good/bad luck for the New Year is not to take anything out the first day, not even the garbage. If you have presents, to not bring them in, but leave in the car until the second. This even means not to shake a rug out or take out empties. Some people say that it’s okay to take something out, long as something else was brought in first. 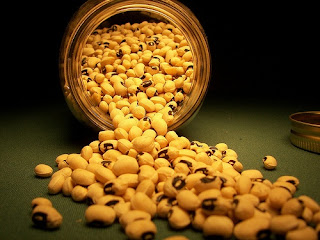 Down South, people make black-eyed peas to serve New Year’s Day to get good luck and financial good fortune, especially to the diner. Other foods such as ham hocks, cabbage, and collard greens can be added, but there must be black-eyed peas as the key ingredient. 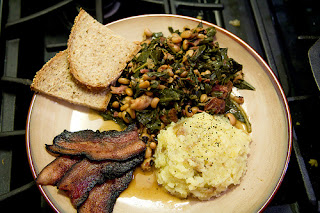 Other foods considered lucky are lentil soup (due to looking like coins), pork (pigs root forward while poultry scratches backward and a cow stands still), and sauerkraut (I grew up with a Czechoslovakian mother, so I love this, as my husband is half Polish!). Definitely do not eat chicken or turkey the first day, since the birds scratch backward, this means the diners will scratch in the dirt all year (meaning poverty).

Do a token amount of what you do at work (even if you’re off from your job and not near it even) on January 1st, but a small amount is enough, as to engage in a serious project that day is considered bad luck. Don’t even do your laundry or even wash dishes, as this may wash away you or your family members in the home (death) during the coming year.

Wear something new January 1st, to insure you receive more new garments during the year. Do not pay back loans or lend money or other precious items on the first day of the New Year, otherwise you’ll be paying out all year. Avoid crying too. That will mean that will be the tone of the next twelve months and do not, I stress, do not break anything the First, otherwise, the rest of the year will a life of wreckage.

So far, sounds like your first day might be best spent in bed after letting in that dark-haired man. But you need to get up to examine the weather that first day. Yes, even the weather can make things bad or good. Like if the wind comes from the south, times ahead will be prosperous times and great weather for all year. But if the wind comes from the north, that means bad weather all year. Wind from the east brings famine and calamities with it while from the west, it brings milk and fish a-plenty, but will also see the death of an important person. No wind, a joyous and prosperous year! 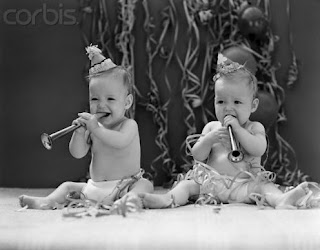 As for babies born on January 1, they have insured luck always.
Posted by Pamela K. Kinney at 9:51 AM No comments: 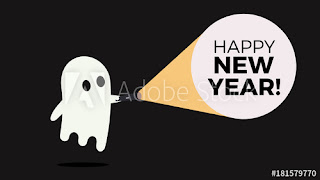 Posted by Pamela K. Kinney at 9:42 AM No comments:

Here is the cover for the paperback version of the upcoming anthology, FAE THEE WELL, releasing at MarsCon 2019 in Williamsburg, Virginia. A large portion of the proceeds will be going to the Heritage Humane Society - a charity supported by the convention. My dark fantasy story, "Last Chance" is included in the book. 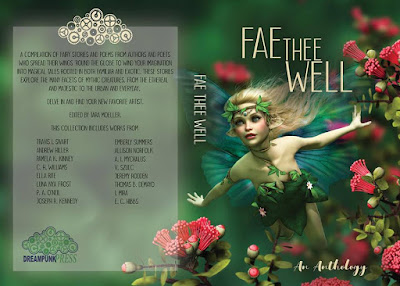 Supernatural Friday: The Myths and Story Behind Candy Canes 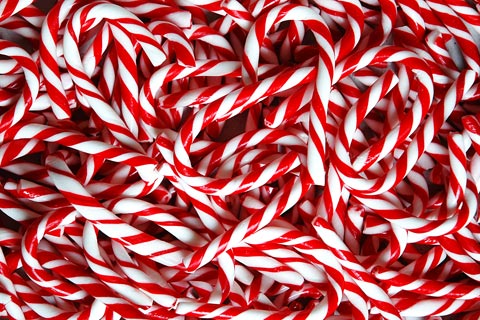 I am reposting this as I saw a post about a principal in Nebraska (the state I was born in) who banned candy canes from his school as claiming they represent Jesus Christ. I posted the blog in 2014, so people (and maybe that principal) can see where t=candy canes might have come from and why.

It is said that the candy cane came by a candy maker in Indiana who wanted to make a candy that would be a witness, so he made the Christmas candy cane. He took several symbols from the birth, ministry, and death of Jesus Christ. He began with a stick of pure white, hard candy, which symbolized the Virgin Birth and the sinless nature of Jesus, It had to be hard to symbolize the Solid Rock, the foundation of the Church, and firmness of the promises of God. He formed the candy in the form of a “J” to represent the precious name of Jesus. It could also represent the staff of the “Good Shepherd.”

Thinking that the candy was somewhat plain, the candy maker stained it with red stripes, using three small stripes to show the stripes of the scourging Jesus received by which we are healed. The large red stripe was for the blood shed by Christ on the cross.

These Jesus celebrating candies were then, the story goes, handed out to good children in the church or used as a form of identification among Christians when they were persecuted. But none of this is true! Candy canes were not invented in Indiana since the first reports of hard candy sticks (the precursor to candy canes) come from the 17th century.
Actually, white candy sticks were actually quite common at Christmas. One story says that they turned into J’s because one choirmaster bent them to look like a shepherd’s staff for children during the nativity scene. But there is no evidence that that’s true either.
In America’s introduction to Christmas candy canes can be traced to August Imgard, a German immigrant who’s credited with introducing the Christmas tree to Ohio in 1847. The National Confectioners Association makes a claim that Imgard “decorated a small blue spruce with paper ornaments and candy canes.” But an article from 1938 points out a ceremony that a different kind of sweet was used.
Ornaments were made of paper, festooned in long chains by the younger members of the pioneer community. Kuchen baked according to a recipe sent from Bavaria by Imgard’s mother, hung upon the tree and served both as ornaments and tidbits. The cookies were colored with brown sugar and the family spent weeks baking them in quantities for the guests. Gilded nuts were other ornaments and inside the gilded shells were warm messages of greeting.

Red-and-white striped candy didn’t show up until around the turn of the century in America.
Other myths concerning the candy cane:
A sweet treat made for children who behaved in church.
A way for Christians to identify each other during a time of persecution.


Whether how the candy cane came to be, now they are as much a part of the holidays as Santa Claus.

So, please, quit stressing where they or songs came from or why, and just enjoy the holidays, whether you believe in Christmas, Hannakuh, Winter Solstice, Kwanzaa, Los Posadas, Diwali, etc....  The only thing you might worry about candy canes are cavities and if you're diabetic. 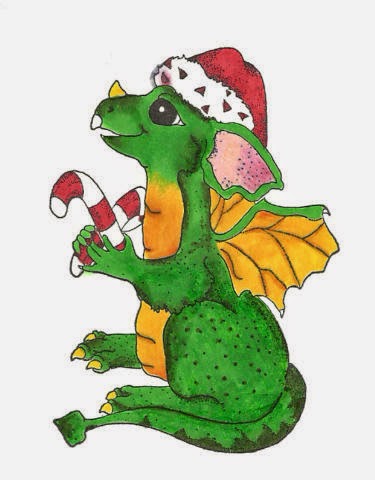 Posted by Pamela K. Kinney at 9:16 AM No comments:

Here is the cover for 13 Backyard Monster anthology my story, "The Orange Bati," is included in. Also the back cover with the book blurb. It will be available as an eBook, print, and audiobook. 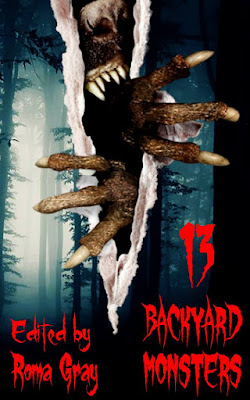 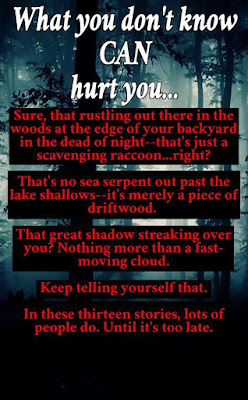