Supernatural Friday: What the Hell Are Demons Anyway?

Check out an original poem of mine, copyrighted. Don't take the poem, but do share the link with friends and fiends! 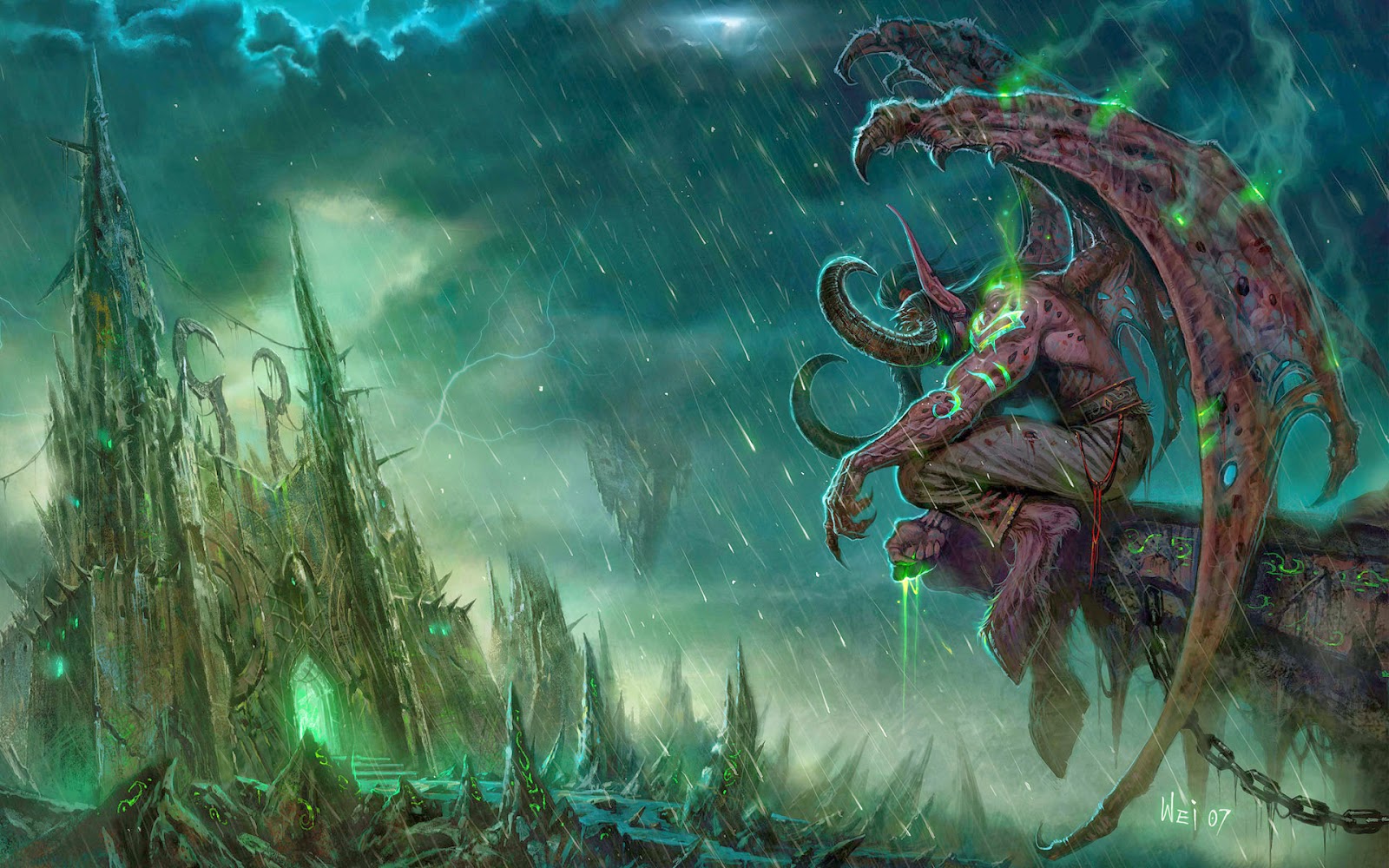 What the Hell Are Demons Anyway?
By
Pamela K. Kinney

Demonic, devil, dem…what the heck!
It’s all the same,
Or is it?
Is it about demons?
Or devils?
So many decisions
So many names and translations.
Daemon or fiend?
Dark angel or fallen angel.
Unclean spirit or diamond?
Ancient Greek word daimōn denotes a spirit or divine power,
No connotations of evil or malevolence.
But with Lucifer and Satan comes pure evilness
Demons are the new black.
Or red, with horns and pitchforks!
Whatever you think,
Those bad boys and girls are here
To terrorize us,
Give us nightmares,
And we’re not talking about horses here!
Demons, devil, fallen angel,
It’s all on the tip of the tongue
And maybe the stuff of Hell.

You can read devil or demon stories in Southern Haunts: Devils in the Darkness, that includes a short story of mine about a demon dog, both in print and Kindle. Find it also at BarnesandNoble.com and Books A Million.
Posted by Pamela K. Kinney at 1:35 PM 2 comments: 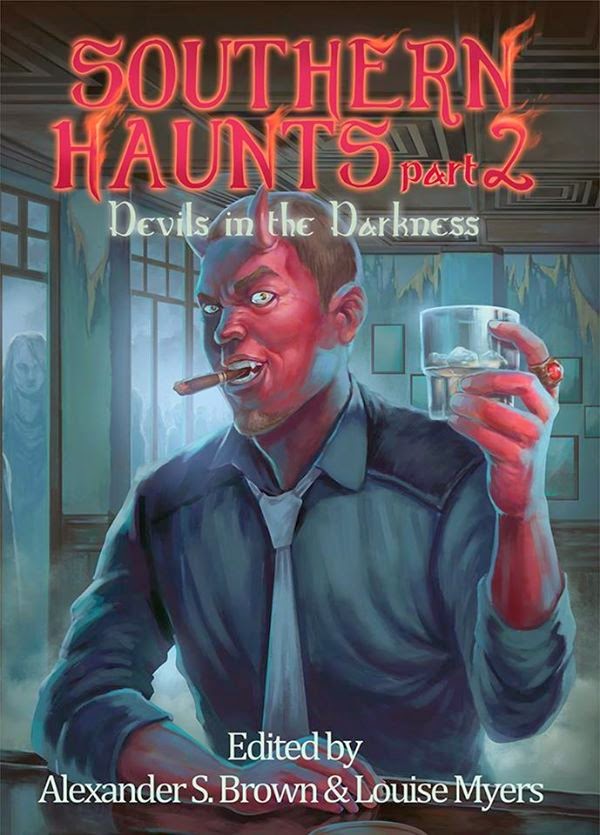 Today for Supernatural Friday, I interviewed one of the two editors of Southern Haunts: Devils in the Darkness, who is a author in his own right too and with a story included in the anthology. Welcome Alexander S. Brown.

1.      Can you tell the readers of my blog the motivation behind the Southern Haunts anthologies?

With Southern Haunts: Spirits that Walk Among Us, J.L. Mulvihill and I were in Hot Springs, AR signing books.  After we participated in a ghost tour, we kicked back to enjoy some spirits at a nearby pub.  We discussed the tour and our belief in the paranormal.  We also felt that southerns have some great stories to tell regarding the supernatural realm. It was at that moment we decided to round up a group of authors and have them write about non fictional locations with fictional characters.

Southern Haunts 2: Devils in the Darkness was inspired differently.  J.L. Mulvihill was unable to contribute as greatly to the sequel due to multiple writing projects on her plate.  So I pulled in our beta reader, Louise Myers, who is now also co-editing the upcoming Southern Haunts 3: Magic in the Moonlight.
Louise and I met while she had been a sous chef at a haunted bed and breakfast.  I met her by going there to edit and write pre Southern Haunts.  As I would sit at the bar she would bring me appetizers and in time, small talk brought us closer together.
When I told her that Devils in the Darkness was coming into play, I explained I would like for the second book to be demon related.  I explained I felt we had much more folklore and history to work with besides ghost.  It was a mutual agreement that volume two stay true to the original volume except focusing on demonic entities.

4.      Since you write too, how would you describe the genre in which you do most of your writing?

Adult horror is my main focus and I write steampunk on the side.  With my Detective Hess stories, although the main subject is steampunk, I don’t shy away from supernatural or horror elements.
I have started writing about a new character named Hester, she can be found in the Capes and Clockwork anthology released by Dark Oak Press.  This anthology regards steampunk superheros.  Although the first story follows the superhero formula, I plan to have the stories blend with horror elements.  My goal for this is more so the superhero horror genre, which was glorified in the Swamp Thing series.

5.      What other genre would you like to write in?
You could say I already write in this genre since I write horror and this subject is an element of horror.  I would eventually like to write mystery/suspense.  I doubt I would craft this as a slasher or splatterpunk, but we’ll see how it fleshes out.

Everywhere and not all of my inspirations come from something horror inspired.  My main inspiration comes from dreams, I have always been a big daydreamer, it comes with the territory of ADD.  Although books, movies, the news, and music brings a great deal of my inspiration, I am mostly inspired by character.  I can sit down to eat and wonder, What has the person across from me done?  What are they going through?  What have they survived? What have they influenced?

I have. I started taking my writing seriously in high school.  I took a creative writing class to kick start my creative juices.  I think being a writer is in my blood.  I grew up in a family full of storytellers and story lovers.  It was only a matter of time before I put pen to the spoken word.

8.      Have you ever been on a paranormal investigation? If not, would you like to? Where would you start first?

I have been on three paranormal investigations and the chance of encountering a demonic entity is slim.  The spirits I have met in these outings to antebellum homes have been friendly or confused, none have been vengeful.  Also, my house is haunted.  It’s very common for me to interact with the spirits who reside with me.  Form the investigations we have performed at my own home, the spirits who visit are not earthbound and they claim that they are just stopping by.  The spirits who do visit tend to have their own antics that allows me to identify them.  So far there are two children, my grandfather, and my aunt who come around.

9.      Tell us the first scary story or novel or legend that frightened you.
As a kid I had a pretty thick skin.  The first movie I ever saw that truly frightened me was Candyman.  The first book I read that kept me up all night was Gerald’s Game by Stephen King.

10.  Tell us where Southern Haunt: Devils in the Darkness can be found for sale

Both volumes of Southern Haunts can be ordered from any bookstore or purchased online in paperback or ebook.

Amazon: Southern Haunts: Spirits that Walk Among Us

Barnes and Noble: Devils in the Darkness

Books A Million: Southern Haunts: Devils in the Darkness in Print

11.  Tell us where people can keep in touch about Southern Haunts?


Alexander S. Brown is a Mississippi author who was published in 2008 with his first book, Traumatized.  Reviews for this short story collection were so favorable that it has been released as a special edition by Pro Se Publishing.  Brown is currently one of the co-editors/coordinators with the Southern Haunts Anthologies published by Seventh Star Press.  His horror novel, Syrenthia Falls is represented by Dark Oak Press.  He is also the author of multiple young adult steampunk stories found in the Dreams of Steam Anthologies and the anthologies, Clockwork Spells and Magical Bells, and Capes and Clockworks. Some of his more extreme work can be found in the short story anthology, Luna’s Children.


About Alexander:
Posted by Pamela K. Kinney at 6:12 PM No comments: