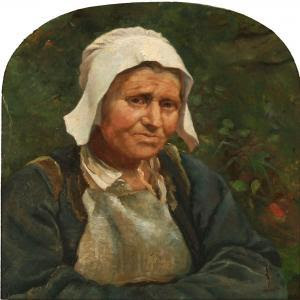 ﻿
﻿The Legend of Babushka is believed to originate in Russia. This story was very popular in Russia before the revolution of 1917. Babushka was an old and lonely woman who is considered to have started the tradition of giving gifts to children.

Babushka which means 'grandmother' or 'old woman' in Russian, lived in a big house, safe and warm. Her life was lonely, with no friends or family. Only the sound of travelers passing in their carts and the animals grazing nearby could break the monotony of her existence. She provided shelter for weary travelers, along with food to birds and animals.


One year, a very cold winter hot Russia. The birds that normally hung around for her bread crumbs, flew away to a warmer climate. Even the animals, dug in their dens to sleep through the winter, or keep warm until spring thaw. Babushka prayed for some company, any kind. One winter night, when she was trying to sleep, she heard a noise steadily growing louder—voices and grunts—and she knew there are no humans or animals for miles around. Then there came a loud knocking at her door. Thinking it was a cold and hungry traveler, when she threw open the door, she found three richly dressed noblemen on horses. They wore the most splendid clothing she ever saw.


She invited the men inside but they declined. Instead, they invited her to travel with them, to Bethlehem, where they were bound, they said, to find and welcome the child who would be the king of Jews and lead mankind to salvation. Still, being night and the winter harsh, the old mother asked the strangers once more to spend the night her house so that they all can leave in the morning. The men declined, saying that they do not want to get delayed, and set off. Later that night as she lay in bed, she thought of the three men and the strange tidings they bore about the child who would be the king. She felt sad at rebuffing their invitation. It was then that she decided to meet the Child herself.


She gathered some trinkets for the babe and set out in the cold dark night. She never found the travelers or the baby. Legend has it that the old mother is still looking for the Child to this day and that whenever she meets a child she presents him/her with trinkets before continuing on her search. Thus, in Russian belief, the custom of giving gifts to children on Christmas results from Babushka. 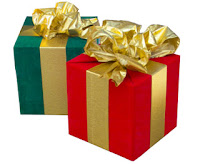