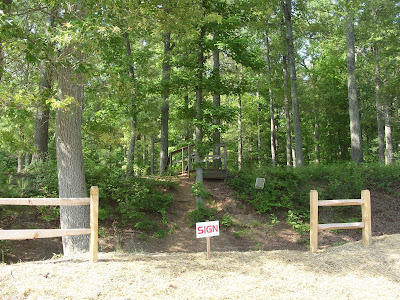 Sometimes sentences or paragraphs do not make it into a book of fiction or nonfiction. Sometimes it is a whole chapter. This is a chapter I researched investigated in person and wrote, but it ended up being taken out of my upcoming release, Paranormal Petersburg, Virginia, and the Tri-Cities Area from the manuscript by me when I edited it, along of another chapter during editorial edits. The other chapter was due to other reasons, but this one I felt just had me puzzling how I got phantoms of Union soldiers to talk to me when no died in battle at this fort, even though I thought of logical reasons. So with the book coming out August 28th, I am releasing this chapter for you to read for Supernatural Friday, along with the photos I was going to add to it.  And please, since these are my photos and my words, they sort of copyrighted to me, so just share the link to friends and family if you want them to read it. They can visit my blog anytime to enjoy it. Thank you.


Is pressed by unseen feet, and ghosts return


The sad intangible who grieve and yearn.

Bill drove me to Chesterfield County’s Fort Wead Civil War Park on Wednesday, June 4, 2014. It was in a nice suburban neighborhood. Most of the residents were at work or out somewhere, maybe even some just staying inside, but the area was quiet.
This park was one of few Civil War sites that the County has saved and made into a park for the public. Sadly, one site that can never be a park due to it being a shopping center is the Chester YMCA and even a cemetery, is where the Battle of Chester Station happened. This is not far from the intersection of Jefferson Davis and Route 10. I imagine the ghosts of those who died in this battle wandering through the YMCA, Chick-Fil-A across the street and nearby stores, confused by everything. 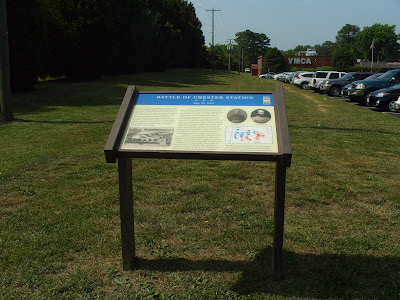 Fort Wead was named after Col. Frederick Wead, of the 98th New York, (comma) killed in action at Cold Harbor. The Fort was constructed in June of 1864 at the rear of Union Lines to prevent Confederate forces from advancing in the event the main lines were captured. It was never used.  The fort had emplacements for six 32-pounder cannons within a small earthwork. A bombproof magazine was dug into the ground inside the earthworks and protected by a log and earth cover. All of the guns faced west, two in the corners and four along the parapet. Access to the fort came from an east side sally port, and it had a draw bridge over the surrounding moat.
I took my EMF meter, recorder, ghost box, and slung my camera around my neck as I walked up the wooden trail into the park. 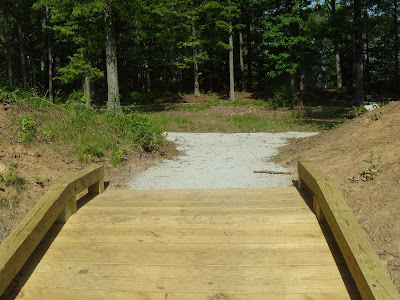 I took pictures first, then I proceeded with an EVP session. I began by asking questions like “What year is this?” and “Are there spirits with me?” I got nothing, but when I listened later at home, I heard some other voices. I said, “I want you to understand that you cannot follow me home. Is that clear?” A man’s voice replied, “Sure.” 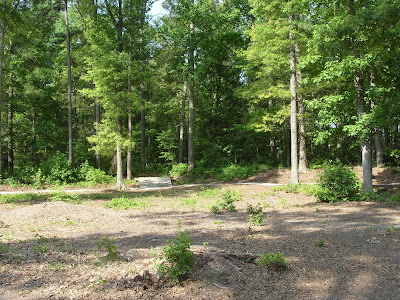 I turned on my ghost box, set it to AM, and from there to scanning.


I asked, “Are there any Civil War spirits with me?”


What is your name?”


No one answered me. Then a male voice uttered, ‘Dead.”


“Are you Union Soldiers?”


At that point, my box dropped out of scanning and went to a radio station. I switched the scanning back on.


I said, “Don’t use my ghost box for energy. Use me instead.


“Did you have a girlfriend or a wife when you were alive?”


I heard, “Cher—” Static made it hard to hear the rest.


Several male voices replied, “North.” I am not sure if they meant their loved ones or themselves.


That was interesting. I said, “How did you die? By cannon fire?”


“I hope you died quickly and not of gangrene.”


“Did you leave family behind? What state are you from?”


One man said, “Massachusetts.” I assume it was still the same spirit as he said, ‘Philip.”


“My last name is Kinney, what’s yours?”


I heard a couple of names. “Franks, Porter…”


“I heard Porter. What was your first name?”


I stuck out my hand and shook it in the air. “Pleased to meet you, Mr. Bill Porter. Are you a Union soldier?”


“No Confederates here? No Rebels?”


I said, “I am going to shut off the ghost box and leave. Goodbye and thank you.”


I left the recorder on, hoping to catch an EVP or two. Later at home, I heard something that sounded like gunfire. I also heard movement in the gravel, which wasn’t me as I had remained still. 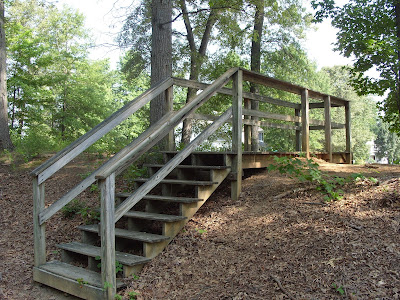 Now since this fort had never been used, who were the Federal soldiers that communicated to me? Of course, I knew that the Civil War hospital at the Civil War Point of Rocks Park was not far, and there were nearby battles in nearby Chester. City Point where Grant and the Northern Army took over was also nearby. I imagine hapless phantoms wandering the area, maybe trying to get home, but maybe ending up to haunt Fort Wead and the nearby suburban neighborhood.


I left the park, an itch at the back of my neck as if many eyes honed in on me as I joined Bill in the car. The feeling left as we drove off, so I assumed they stayed there.


Fort Wead is located at 1107 Greyledge Blvd, Chester, Virginia 23831. It is a nice park. Not big, just right, for one to daydream a battle going on there. Just don’t be surprised if the daydream becomes reality, and you hear actual gunfire. It’s just the phantom soldiers still fighting.