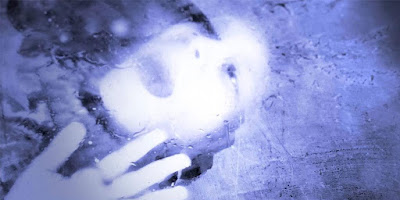 Part 2 of the winter myths and legends. Enjoy.

Winter has so much interesting legends, myths, monsters, and gods and goddesses. Below is some more than the week before, but still, there are so much more. Like Babe the Blue Ox  was found by the giant, Paul Bunyan, in the snow in winter. These two are part of our American folklore.

There are the yetis, that are all year round, but because they are seen in the snowy Himalayas, we will add them to the winter myths and legends. But they are not the only monsters or beings we think of when it snows or winter’s harsh, cold winds blow.

Our first comes to us by way of the Inuit: Qiqirn. What if you live in the far North and traveling through the snow and ice when suddenly, you see a large, four-legged creature in front of you. It’s hairless, tufts appear on its ears, tail, feet, and around its fearsome muzzle. This creature is none other than the qiqirn. Lucky for you, the qiqirn is considered skittish if confronted, and flees when you shout its name. Lucky, as usually, they are potent hunters and excel at stalking their prey. 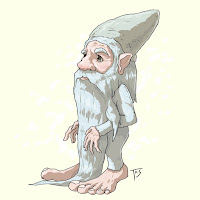 The next strange winter creature is a friendly one, via French-Swiss mythology. The barbegazi – from the French barbe-glacée, translating to “frozen beard.” These beings are small humanoid creatures with great beards and oversized feet. They travel around by using their feet as skis to zoom around the mountains. They also use their feet as snowshoes if the conditions call for it. During the warmer months, they burrow in deep tunnels within the mountains and aestivate until winter comes again. Barbegazi generally remain unseen by humans. That doesn’t stop them from liking people and helping them out, however. They help find animals that become lost, particularly sheep that wander from the flock, and they are always on the lookout for avalanches. If one is imminent, the barbegazi lets out a sharp whistle as warning. 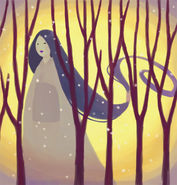 Yuki-onna is known by many names, all a variant on “snow girl.” Yuki-onna appear as tall, beautiful women with black hair and blue lips. She either has transparent or pale skin that allows her to blend in with her surroundings, or wears a white kimono that serves the same purpose. The most common legend has yuki-onna being created by a woman perishing during a storm. She floats over the ground and strikes terror in those she encounters with her gaze. She can transform into a cloud of snow, and possesses lethal frost breath she uses on unsuspecting travelers that encounter her during snowstorms. Sometimes she manifests holding a child, and when someone offers to take the child, they are frozen in place. A few legends also have her killing people in their homes, though she must first be invited inside. Yuki-onna need to feed on the life force of the living, and she is sometimes depicted as a snow succubus, of sorts. In an interesting twist, she often spares those who are beautiful, good parents, or loving spouses. She’s big on promises being kept, as well.


The ijiraq is a shapeshifter-shadow capable of taking any form it desires. Though their natural form is similar to a human’s, only their eyes and mouths are sideways, and their eyes glow a malevolent red. Ijirait will kidnap children and lead people fatally astray. They are only seen out of the corner of your eye, and cannot be seen if you are looking at them directly. They neither inhabit this world, nor are they quite outside of it, existing in two worlds at once. Legend has them as people who went too far north, and became trapped between the world of the living and the dead. The home of the Ijirait is a cursed land, causing even the most skilled of travelers to become lost, creating mirages that cause people to become increasingly turned around and panicked. Even if you survive an encounter with them, you will have no memory of it, as they cause forgetfulness to those they let live. Irjirait are generally considered evil, malicious, and to be avoided at all costs. The ijiraq is sometimes confused with the tariaksuq, another type of shadow-person. Tarriassuq (plural) are half-men, half-caribou monsters that can shift between their forms, and are possessed of malignant will, terrible claws, and shared the shadow people abilities of invisibility and non-detection with the ijiraq. 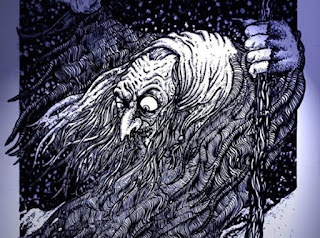 Before we end this blog, we'll add a goddess to the mix. Beira is said the goddess of winter in Scottish folklore. Some sources also say she’s the Cailleach, a name which is said to be translated literally into English from Gaelic as ‘veiled one’. Apart from Scottish folklore, this figure is also found in the mythology of Ireland, though she is called by a slightly different name there. Moreover, they claim that a wintry figure is found in the beliefs of the various ancient groups that inhabited the British Isles.

She may also be considered the mother of gods and goddesses in Scotland. Although a creator goddess, she was the type of deity who ruled through fear. Her subjects would begin to rebel against her reign when spring arrived, though she ruled undisputed during the winter. Those subjects looked forward to the coming of Angus and Bride, the King and Queen of Summer and Plenty.
There are versions of the stories where Beira is said to be an old blue hag with one eye. Her possession of one eye symbolizes her ability to see beyond duality, and into the oneness of all beings. In one version of the tale in which Beira is portrayed as a hag, the Queen of Winter seeks the love of a hero. If the hero accepts her, she would transform into a beautiful young maiden. This transformation symbolized the seeds that lay dormant in the earth during the winter, that sprouted with the arrival of spring. Here, Beira is seen not as an opponent of spring, but as spring itself.

In another version, Beira carries a magic staff that freezes the ground with each tap. At the end of each winter, she threw her staff under the holly and the gorse bush, both believed to be her sacred trees. The goddess transforms into a grey stone, signaling winter has ended.

Beira is also considered a goddess of death and rebirth, and another connection between Beira and the natural world makes her the guardian of animals during the winter, protecting them during the harsh season.

Next time, the polar vortex hits, or a terrible snowstorm, maybe we should make an offering to one of these beings. It couldn't be any worse than winterizing our homes and buying extra blankets, winter outerwear, or a shovel to dig ourselves out.
Posted by Pamela K. Kinney at 10:09 AM