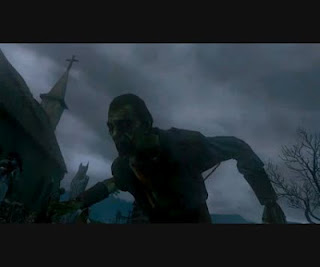 Dracula, along with all those modern vampire books and movies (and even the flesh eating zombies since Romero’s Night of the Living Dead, too) are inspired by the folklore of eastern Europe. History records dozens of mythical vampire figures in this region, going back hundreds of years. They have their particular habits and characteristics, but most fall into one of two general categories: Demon that become reanimated corpses so they could walk among the living and spirits of dead people that would not leave their own body.


The most notable of the demon vampires would be the Russian upir and the Greek vrykolakas. Sinners, babies not baptized, and those outside the Christian faith were more likely to be reanimated after death. Those who practiced witchcraft are also included, as they would be particularly susceptible because they had already given their soul to the devil in life. Once the undead corpses rose from the grave, they would terrorize the community and feed on the living. Not just blood, but the flesh, too.


Most of these legends account that these undead corpses must return to their grave regularly to rest (notice that it never said day or night—though night  would seemed the most fearsome time for evil to walk). When townspeople believed that someone had become a vampire, they exhumed the corpse to get rid of the evil spirit. They might try an exorcism ritual, but more often they would destroy the body so it would no longer have a form to use. Various methods include cremation, decapitation, even driving a wooden stake through the heart. Bodies might also be buried face down, so the undead corpses would dig deeper into the earth, rather than up into shallower ground. Other families might also secured stakes above the corpse so it would impale itself if it tried to escape. 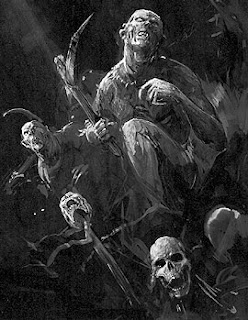 Vampires in , Wallachia and Transylvania (part of ) were called strigoi. Strigoi are almost exclusively human spirits who had returned from the dead. Unlike the upir or vrykolakas, the strigoi go through different stages after they have risen from the grave. Initially, a strigoi might become an invisible poltergeist, tormenting its living family members by moving furniture and stealing food. Eventually, it becomes visible, just as the person looked in life. The strigoi returns to its family, stealing cattle, begging for food, and bringing disease. It also feed on humans, at first the family members; of course, eventually the myths changing to anyone else they happened to come across. In some accounts, the strigoi sucked their victims' blood directly from the heart.


The strigoi need to return to the grave on a regular basis, just like the upir did. If townspeople suspected someone had become a strigoi, they would do the same as those did to the upir, exhume the body and burn it, or run spikes through it. But after seven years, if a strigoi still hung around, it could live wherever it pleased. It was said that strigoi traveled to distant towns and would begin new lives as ordinary people. These secret vampires even met with each other in weekly gatherings.


In addition to undead strigoi, referred to as strigoi mort, people also feared living vampires, or strigoi viu. Strigoi viu were cursed living people who were doomed to become strigoi mort when they died. Babies born with abnormalities, such as a tail-like protrusion or a bit of fetal membrane tissue attached to the head (cauls), were usually considered strigoi viu. Also, if any strigoi mort living among humans had children, the offspring were cursed to become undead strigoi in the afterlife. When a known strigoi viu died, the family destroyed its body to keep it from rising from the grave.


In other parts of eastern Europe, strigoi-type creatures were called vampir, or vampyr, most likely a variation on the Russian upir. Western European countries eventually picked up on this name, how the term became “vampyr” and later “vampire" in the English language.


During the 17th and 18th centuries, vampire hysteria spread through eastern Europe. People reported that they saw their dead relatives walking around, attacking the living. Authorities dug up scores of graves, burning and staking the corpses (like those accused of being witches and even werewolves earlier in history were burned at the stake). In eastern European folklore, it was said that a vampire could be warded off by scattering seeds on the ground, either on top of the vampire's grave or outside your house. Vampires, said to be obsessive creatures, were compelled to count all the seeds. If you hid a nail in the seeds, it pricked the vampire midway through the count. The vampire would then drop the seeds and have to start all over again.


The vampire scare spread to western Europe. This led to academic speculations on the creatures, as well as vampire poems and paintings. It was these works that inspired an Irishman named Bram Stoker to write his own vampire novel, "Dracula."

Abraham (Bram) Stoker, a theater manager and part-time novelist, was not the first author to feature the vampire in a literary work, but his version is the one that really caught on. This is largely due to the novel's unforgettable villain, Count Dracula, as well as the foreboding setting. Stoker arrived at both elements through extensive research. He set much of the action in the mysterious mountains of the Transylvania , and he based his vampires on eastern European and gypsy folklore.

Selectively sampling from several versions of the vampire myth and adding some details of his own, Stoker formed the standard for the modern vampire. Unlike the vampires in the eastern European tradition, Stoker's monster loses power in the sunlight, is repelled by crucifixes and has acute intelligence. Interestingly, Stoker's vampires do not have reflections, while many earlier vampire creatures were fascinated by their own reflection. 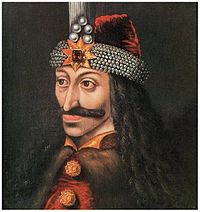 Stoker's research also turned up a name for his villain, based on a real Dracula. Vlad Tepes’ father was known as Vlad Basarab (inducted into the Royal  Order of the Dragon, a branch of the Brotherhood of the Wolf). From then on, until his death, Vlad Basarab referred to himself as Vlad Dracul. Dracul is a Romanian word for “dragon,” but also means “devil.” The suffix “a” means “son of,” so when Vlad Dracul’s second son, also named Vlad, was born later that year in Sghisoara, he became Vlad Dracula, Son of the Dragon. More often he was called "Vlad Tepes," meaning "Vlad the Impaler." This was in reference to his predilection for impaling his enemies on long wooden stakes. This form of torture and punishment actually came about due to both him and his brother, Radu, captured as prisoners of the Turks, and were allowed to watch the Turks do this to their enemies. 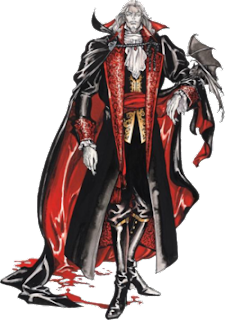 The real Dracula had a reputation for unfathomable brutality (a reputation many Romanians claim is inaccurate, but then again, they believe him to be a hero, due to defeating the Turks), but there is not much evidence showing that people believed he was a vampire. Stoker's fictional villain is not closely modeled after the real Dracula, though they are sometimes linked in movies based on the book. Stoker borrowed the name, as well as his social standing, for his vampire. Unlike the wandering, homeless strigoi, Dracula was written as a wealthy count, hiding out in a grandiose castle. 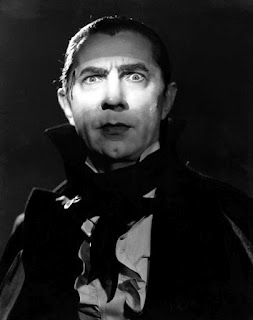 In the 1927 play "Dracula," and the film adaptation that followed in 1931, Bela Lugosi embraced this aristocratic notion. Dracula's familiar outfit – black formal wear and a billowing black cape, also was introduced. In the novel "Dracula," the count is described as a withered, ugly old man, more like Max Shreck's portrayal in the 1922 silent film adaptation, "Nosferatu," than Lugosi's presentation. But the suave Dracula caught on, showing up in scores of vampire movies, television shows and cartoons, even to this day, besides the creepier “nosferatu” version (like in 30 Days of Night, Salem’s Lot, and I Am Legend)

The vampire continues to evolve over the years, as novelists and filmmakers reinterpret and expand the mythology. In Anne Rice's popular novels, she takes vampires to the next level, giving them a conscience and a range of emotions. In her work, vampires are not necessarily evil -- they are presented as real, rounded people. On the television show "Buffy the Vampire Slayer," creator Joss Whedon has pursued similar ideas, exploring the idea of a vampire with a soul and if you remember, his soulless vamps were called demons, not unlike the Russian upir and the Greek vrykolakas.

Thanks for posting, Pam.

I found your article to be interesting reading. Some of the vampire lore I knew but a lot of it I didn't.

Good job on a vast and fascinating topic. I had not heard of the living vampires before, ecxcept in Kim Harrison's works. Now I know where she got the idea.

Vampires-- I had to pop in and read your post. I'm fascinated with the different legends of these blood drinkers.