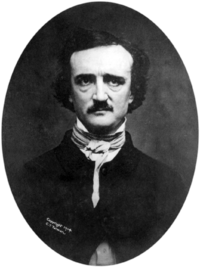 “Even in the grave, all is not lost.”
― Edgar Allan Poe

Edgar Allan Poe has written horrific and otherworldly stories and poetry. Some are those coming back to haunt the main character. The question here is, has he been seen in specter form?

I’ve been to the old Stone House where the Poe Museum in Richmond, Virginia is housed. It is haunted by children. As for him, maybe where some of his personal affects are. Near his childhood bed I gotten my EMF meter to go off once. Is it him? Or the others that haunt the buildings? No clear answer. I’d returned a second time  with the Richmond Paranormal Society, but got nothing concerning Poe. Another spot he has been seen in Richmond is what had been the home of his love and last fiance and there are claims his ghost has been seem in Shockoe Cemetery.

There is a famous and unsolved mystery concerning Poe’s gravesite in the Old Western Burial Ground. The remains of people like Edgar Allan Poe, the son of Francis Scott Key, the grandfather of President James Buchanan, five former mayors of Baltimore and fifteen generals from the Revolutionary War and the War of 1812 are buried here.  Few years ago, my husband and I drove pass it to another destination at the time. We never stopped, or gone back to visit it—someday, I hope to. A story about Poe’s grave involves a man seen in the graveyard for more than fifty years. Dressed completely in black, including a black fedora and a black scarf to hide his face, he carries a walking stick and strolls into the cemetery every year on January 19, the birth date of Edgar Allan Poe. On every occasion, he has left behind a bottle of cognac and three red roses on the graveside of the late author. After placing these items with care, he then stands, tips his hat and walks away. The offerings always remain on the grave, although one year, they were accompanied by a note, bearing no signature, which read: "Edgar, I haven’t forgotten you."

Tales claim the ghost of Edgar Allan Poe haunts his graveside, but the man in black is alive, just no one knows for sure who he is. He has brought roses and cognac to the cemetery every January since 1949. This past January 2013, he hasn’t. I can only assume he has passed away and is now a ghost himself if anyone sees him.

Legend has it that the ghost of Edgar Allan Poe has been seen near his grave and in the catacombs of the church. At the catacombs, it is said there are cold spots, sounds of footsteps, disembodied whisperings and some visitors have felt the touch of unseen hands too. The author died mysteriously in Baltimore and thus came to be buried there Poe was found barely conscious and lying in a gutter on East Lombard Street in Baltimore. He was rushed to a hospital but he died a short time later.

Some said Poe's death was caused by alcohol, others say that he was in a psychotic state and even rabies has been blamed. Other writers believe that he may have been drugged and murdered as the clothes that he wore were not his own and the walking stick he carried belonged to another man. There have been literally dozens of theories posed as to what caused Poe’s death but no one will ever know for sure. Perhaps the fact that his death remains unexplained is the reason why Poe’s ghost remains in the Old Western Burial Ground.
Poe’s house in Baltimore now a museum is haunted. There are cold spots and people have felt something tapping them on the shoulder. Windows fly open and shut by unseen hands. Witnesses have reported seeing an overweight grey haired woman dressed in clothing of the 1800s. People have heard mysterious voices. An actress was getting dressed for a play based on Berenice, a horror story Poe wrote. A window suddenly fell and crashed to the floor. It had been secure and there were no wind gusts.

During the riots that followed Martin Luther King’s assassination, people saw lights in the house and called the police who also witnessed the lights that moved from floor to floor. They could not get into the house and did not want to break into it, so they surrounded the building and waited for the curator. No one had been in the house.

His phantom has been seen at Fort Monroe.  Witnesses claim to have seen his ghost writing away at a desk; he penned some minor poetry collections while on base.
Another possible building for Poe to haunt would be at Hiram Haines Coffee and Ale House in Petersburg, Virginia that his friend owned in 1830s and invited Poe and Virginia Clemm to spend their honeymoon there. I investigated the second floor suite where they stayed, but did not get any EVPs or voices from the ghost box from him nor from his bride. Does he haunt there? I never heard any stories of his spirit there neither. Only a legend of Virginia seen at a window on January 39th. (Reopened and in my nonfiction ghost book, Paranormal Petersburg, and the Tri-Cities Area, it closed before my book was released and for sale.) 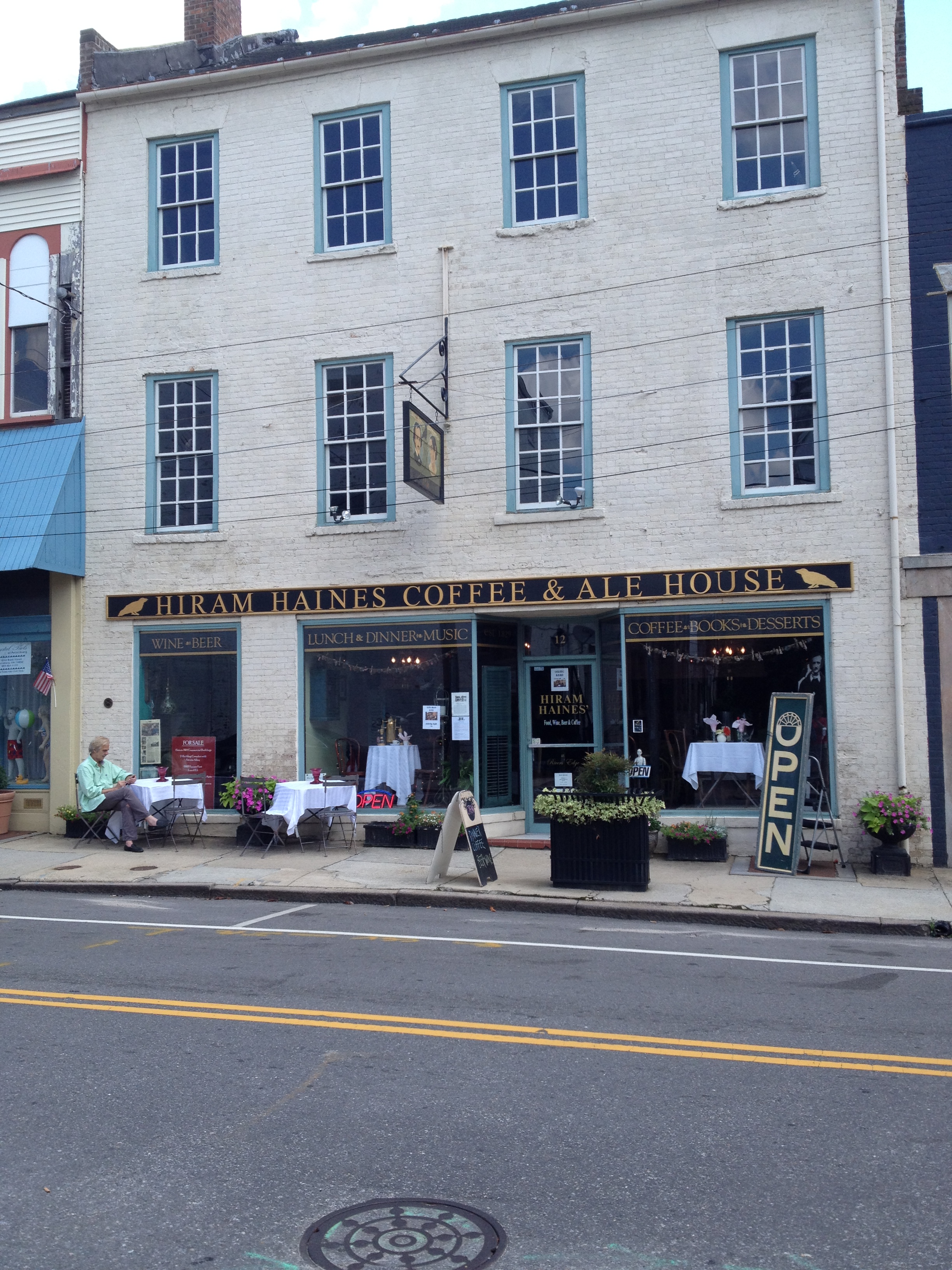 Other Spots Poe Is Claimed to Haunt

Washington College Hospital: this is the Baltimore hospital where he died in 1849, it's been said that Poe's ghost has been seen roaming its hallways.

Eutaw House: There are a myriad of eerie tales concerning the old Centre County, Pennsylvania, Inn. One is that Poe stopped by, fell in love with a local girl, and was spurned. A spook that physically resembles him has been spotted there, although the local lore seems to associate the apparition with a ghost family haunting its halls
Posted by Pamela K. Kinney at 6:25 PM