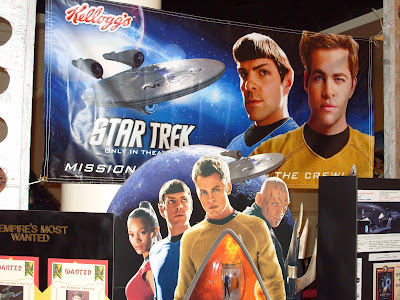 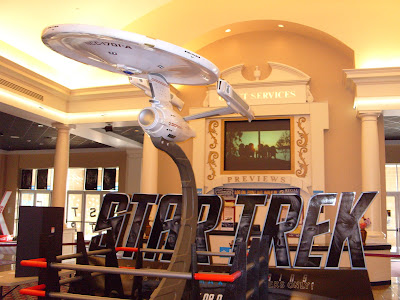 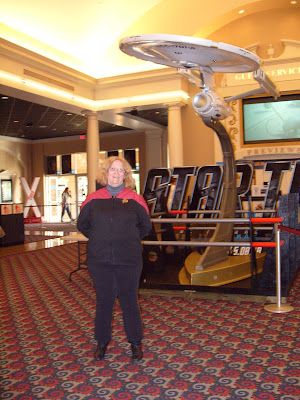 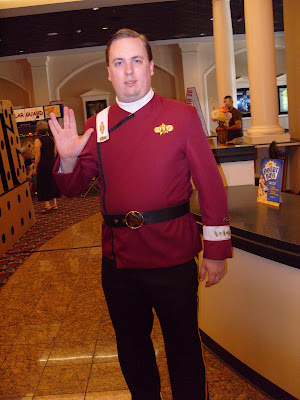 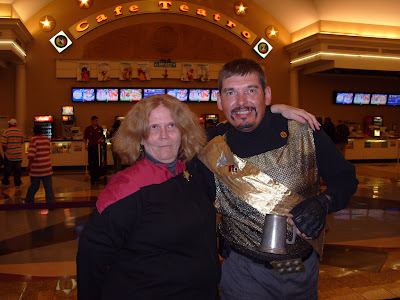 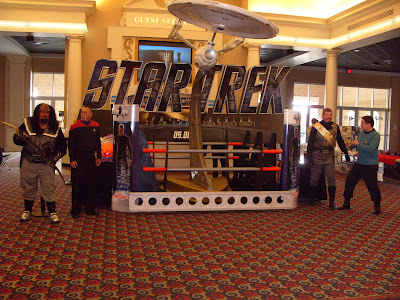 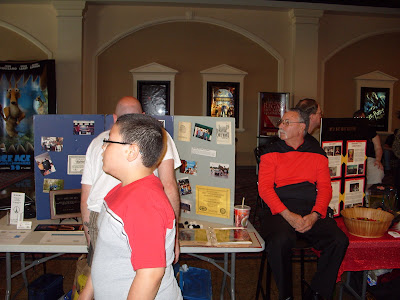 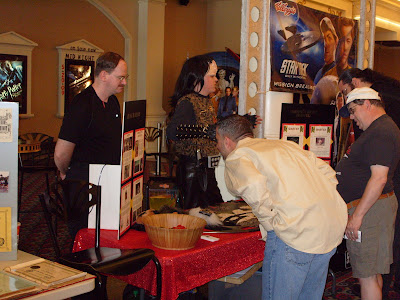 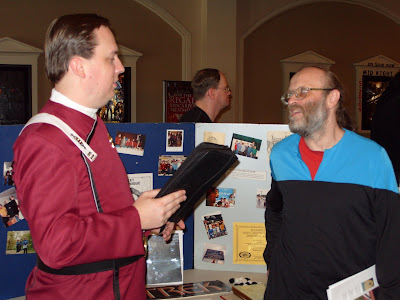 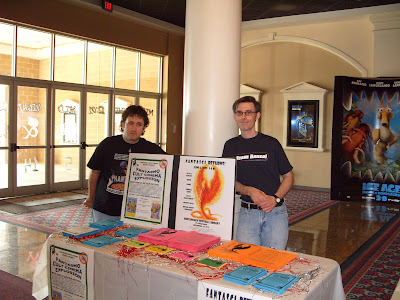 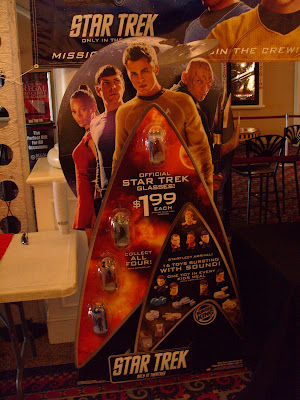 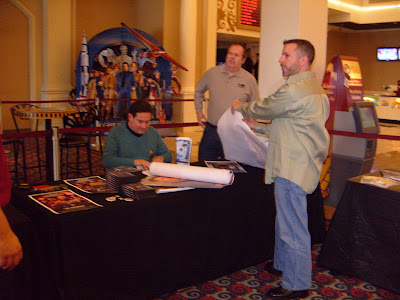 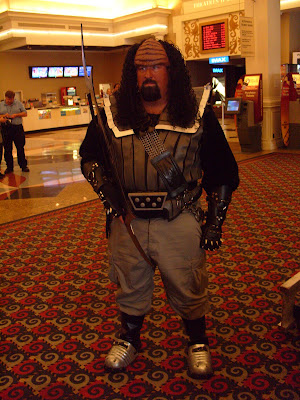 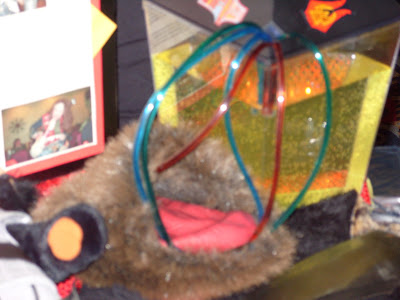 Happy Mother's Day to all the mothers out there. Here in Chesterfield, it's a nice, sunny day. The Weather Bug on my computers says to be in 70s. My son gave me money to go out and eat--told me to take his father, as he didn't feel too good at the moment to trust eating. Today will be spent going out to eat, doing yard work, and finish replanting the last of the vegetable plants I have from pots to the ground and even get in some writing. A nice, relaxing day. After three days of helping out at Regal Cinema's Star Trek IMAX Weekend at our theater, Commonwealth 20, it will be kind of nice.
Star Trek? Yes, I am a fan, been so since the show in the 1960s. I wore a Deep Space Nine uniform, along with my husband in a Next Generation one, and we worked the USS CHESAPEAKE'S table ( a local chapter of Starfleet International), along with helping Lee Milstead, Regal's Promo guy for this area's Regal theaters and the Hampton Roads ones. I got to see the Star Trek film twice--once on the regular screen Friday night and on the IMAX one Saturday with my husband.
The movie was great, especially on the IMAX! I loved Zachery Quinto as young Spock. Dead on not only in looks, but even in the actions and reactions just like Leonard Nimoy! The actor who did Scotty brought much of the comedic relief. There were the old fans of the classic show and the other shows that followed, but Star Trek is definitely getting new fans--young ones even! Kids just loved the action, thought it was cool. People were shocked to find there were clubs for the shows locally--they could be a Klingon or a member of Starfleet. The clubs, including the USS Chesapeake, had brought flyers and cards but ran out. They hadn't expected this much reaction.
Others that were there included the producers of the online show, Starship Farragut . They gave away free DVDs of the three episodes they had filmed so far and shown online. I plan to send an email to their casting director and see about an audition of the fourth one they plan to do.
Anyway, it was a fun three days and I have some photos from those days to share. Check them out and have a great Sunday.
Posted by Pamela K. Kinney at 7:35 AM