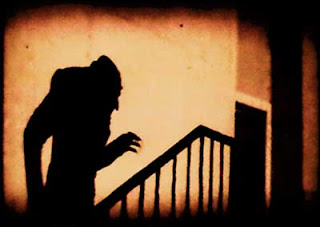 “Her house sinks down to death,
And her course leads to the shades.
All who go to her cannot return
And find again the paths of life.”

For the next few weeks, due to the movie Dark Shadows and Barnabas Collins, the first romantic vampire, who led the change from frightening to the seductive ones full of pain about being a vampires (mmm. . . think Angel, Anne Rice’s vamps, etc…) and with the upcoming Abraham Lincoln, Vampire Hunter film, I will be blogging about vampires. 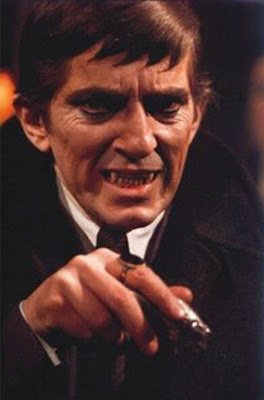 Vampire-like creatures date back thousands of years, and pop up in dozens of different cultures.  Human kind has always been fascinated with them, or more likely in fear of,  at least until modern times, such as why we have vampires in contemporary books, movies and television shows. According to the predominant mythology, every vampire was once a human, who, after being bitten by a vampire, died and rose from the grave as a monster. Vampires crave the blood of the living, whom they hunt during the night. They use their protruding fangs to puncture their victims' necks. At least the European ones anyway.


Since they're reanimated corpses—the living remains of a deceased person—vampires are often referred to as "the undead." This means they are deceased and yet, not. Vampires are potentially immortal, but they do have a few weaknesses. They can be destroyed by a stake through the heart, fire, beheading and direct sunlight, and they are wary of crucifixes, holy water and garlic. Vampires don't cast a reflection, and they have superhuman strength.


This vampire figure, with its particular combination of characteristics and governing rules, is actually a fairly recent invention. Bram Stoker conceived it in his 1897 novel, Dracula. The vampire changing into a bat came from this novel also, thanks to the real vampire bats in South America. Other authors reinterpreted Dracula in a number of plays, movies and books. 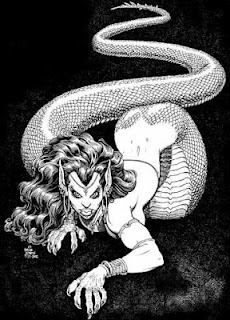 The legends of vampires date back at least 4,000 years, to the ancient Assyrians and Babylonians of . Mesopotamians feared Lamastu (also spelled Lamashtu), a vicious demon goddess who preyed on humans. In Assyrian legend, Lamastu, the daughter of sky god Anu, would creep into a house at night and steal or kill babies, either in their cribs or in the womb. Believers attributed sudden infant death syndrome and miscarriage to this figure. Lamastu, which translates to "she who erases," would also prey on adults, sucking blood from young men and bringing disease, sterility and nightmares. She is often depicted with wings and birdlike talons, and sometimes with the head of a lion. To protect themselves from Lamastu, pregnant women would wear amulets depicting Pazuzu, another evil god who once defeated the demoness.


Lamastu is closely associated with Lilith, a prominent figure in some Jewish texts. Accounts of Lilith vary considerably, but in the most notable versions of the story, she was the original woman. God created both Adam and Lilith from the Earth, but there was soon trouble between them. Lilith refused to take a subservient position to Adam, since she came from the same place he did. Lilith however came to Adam as he lay asleep and coupled with him in his dreams. By this means, she became mother of all the uncanny beings who share this planet invisibly with mortals, and are known as the fairy races or the djinn. In one ancient version of the legend, Lilith left and began birthing her own children. God sent three angels to bring her back, and when she refused, they promised they would kill 100 of her children every day until she returned. Lilith in turn vowed to destroy human children. Accounts of Lilith as a child-killer seem to be taken directly from the Lamastu legend. She is often described as a winged demoness with sharp talons, who came in the night, primarily to steal away infants and fetuses. Most likely, the Jews assimilated the figure of Lamastu into their tradition, but it's also possible that both myths were inspired by a third figure. While she is often depicted as a terrifying creature, Lilith also had seductive qualities. The ancient Jews believed she would come to men at night as a succubus. They also regarded her as a queen of evil spirits, and made amulets to protect themselves against her. She is a personification of the erotic dreams which trouble men; the suppressed desire for forbidden delights. Charles Godfrey Leland, in his Etruscan Roman Remains (, 1892), identifies Lilith with Herodias, or Aradia. He notes that in the old Slavonian spells and charms, Lilith is mentioned, and that she is said to have twelve daughters, who are the twelve kinds of fever. This is another instance of the witches’ thirteen.” 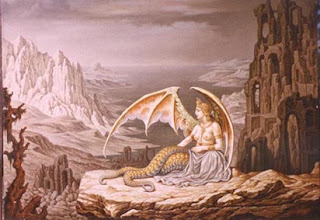 Stop by next week, as I talk about another type of vampire or two. 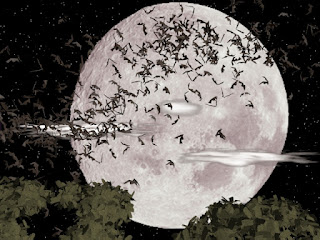 Thank you for posting this. I've never heard of some of these legends and have only recently learned what Bram Stoker had added to the vampire myth.

Always up for more vampire lore!

Lamastu was unknown to me until about a year or so ago, but I certainly knew about the Lilith legends. That illo you found reminds me of yet another vampiric/evil demon femal, the lamia.